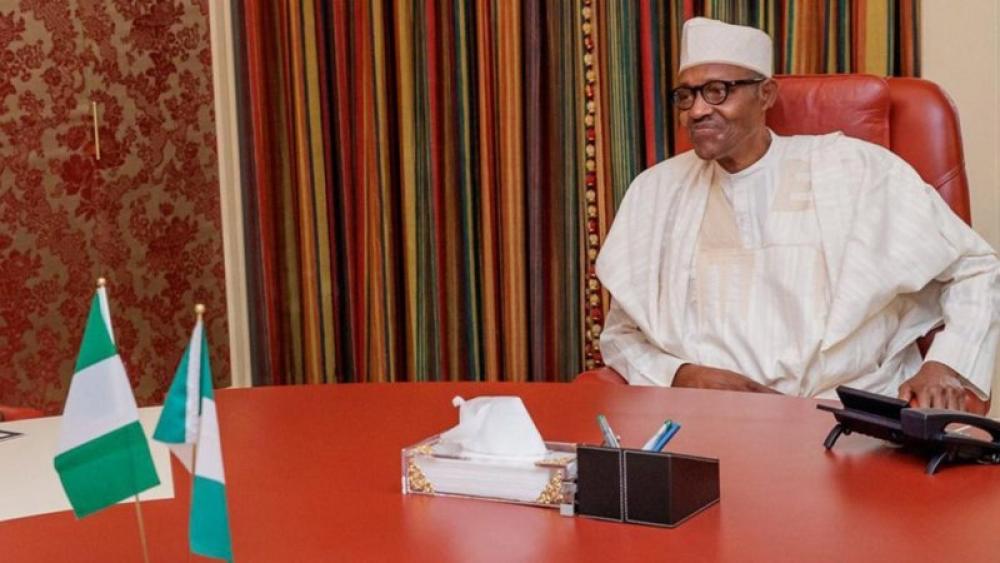 It is not a regular drama associated with Nollywood which brought and is still bringing great recognition to our dear country; it is a drama of the men in power in their bid to sustain material relevance in the scheme of the evolution of the 2019 political landscape.

This drama unlike the popular Capitol Hill TV series of the 70s is a real event happening and shaping our country’s narratives when we look at the issue and people involved in the conversations.

Key actors are party leaders dominating airwaves and social media platforms with comments that reflect the interest of individuals and not nations, comments that show quest for power rather than ideology and comments that seek to elevate people’s positions rather than the citizens’ existence.

Our existence as a nation is crying for attention from different angles from the daily attacks of herdsmen to people displaced by community clashes as well as natural disasters-flood and disease outbreaks-which should be a thing of the past.

While the citizens are looking up to the government for solutions, the men in the corridors of power are struggling with positions for the simple reason of relevance or how best do we describe the defections by men who barely some 36 months ago were seen as heroes for leaving one party to another.

Our political parties are fast becoming social parties where entry barriers are not based on ideology or principles but rather a simple capacity to influence vote within certain environment without due concern for the community.

Nigeria as a community is the loser in the big picture we are displaying to the world. The world looks with interest.

Google came to town because we have value. General Electric is here with capital investment.

There is an endless list of multinationals with interest in the country and what we show to them is the inconsistency of character that has no clear relationship with the challenges confronting the nation from security to food.

The nation is begging for significant attention in very serious quarters from education to economy.

We don’t get to see or hear robust conversations about moving the nation forward.

Rather, political gladiators at various levels ignite conversations with ‘it is my entitlement to be this or that’, a message that, in all its colours, shows the extent of how we have turned out to be a nation of selfish people.

A nation of ‘once I have my situation settled, then it is well with the nation’.

The political actions we are exhibiting is one of the angles of our nation but unfortunately, it is the most prominent subject the world hears, feels and see of our county.

We are fast celebrating and substantiating the country so blessed with both human and natural resources as the nation of jokers while even those in the business of comedy are not seeming relevant to us except they can draw inspiration from the actions and inactions of our leaders in power.

Our leaders are holding the channels and platforms of conversations to ransom and we are left with images and contents from the acts of these leaders, acts that depict us as a people with less value for morals, principles and societal values.

These same leaders are beneficiary of government policies of yesteryears that invested in the intellectual development of the nation.

Today, most of these leaders have children schooling abroad, thus they are less concerned about our educational system.

The narrative is the same in the health sector. Elected representatives would rather jet out of the country for malaria treatment when it will cost the man on the street more to get the treatment.

The entire narrative of leaders of the nation in contrast to the slogan known to us all is that it is about the survival of the fittest in the Nigerian jungle.

The Nigerian jungle is a settlement where a football coach is caught on camera collecting bribe, a functioning minister is unable to defend a compulsory certificate, and another top government official cannot clear the air on the authenticity of his WASSCE result.

What are we telling the generation coming behind? We preach that coding is important to this generation. Contrastingly, we expose them to codeine syrup and its dangers.

Recently, the Federal Government assented to the Not-Too-Young-To-Run Bill. However, they haven’t done much to facilitate enabling platforms for the young ones to obtain forms of political groupings and aspire for elective positions.

The cost of partaking in an election is far from the reach of a huge chunk of Nigeria’s youth population with ambitions to rule and represent people.

Ambitions of our politicians enjoy more prominence than visions capable of bettering the lots of our country.

We see less of clear direction of the country but more from the self-centered direction and aspirations of our leaders in power.

Here is a nation with all of the attributes of greatness but lo and behold, we are daily digging a grave for the nation.

Why is it difficult to take some decisions that will put us appropriately on the path of growth like countries contributing significantly to development in Asia?

Why do we have to move around in circles in various sectors?

Once upon a time, we said the government shouldn’t own businesses as a result of the mass failure in the management of government enterprises.

Now we are back into investing in the same enterprises that we could not manage in the past.

The subject of privatization was so great in our conversation about a decade ago that we sold almost everything.

We are back on the ship of government’s spending to build companies.

We refuse to address the fundamentals of nation building- the people.

People are the first element of nation-building.

Often we do not show sincerity of purpose to the people, thus there is a disconnect between the government and the people.

The people have turned around looking for alternatives to Nigerian citizenship.

More and more Nigerians are joining illegal immigrant routes to Europe, while there are those going out to give birth just to change the citizenship of their next generation.

Which way Nigeria like the late Sony Okosun sang, which way our fatherland?

This nation is sold to the youth with the message to look beyond it and we cannot continue like this.