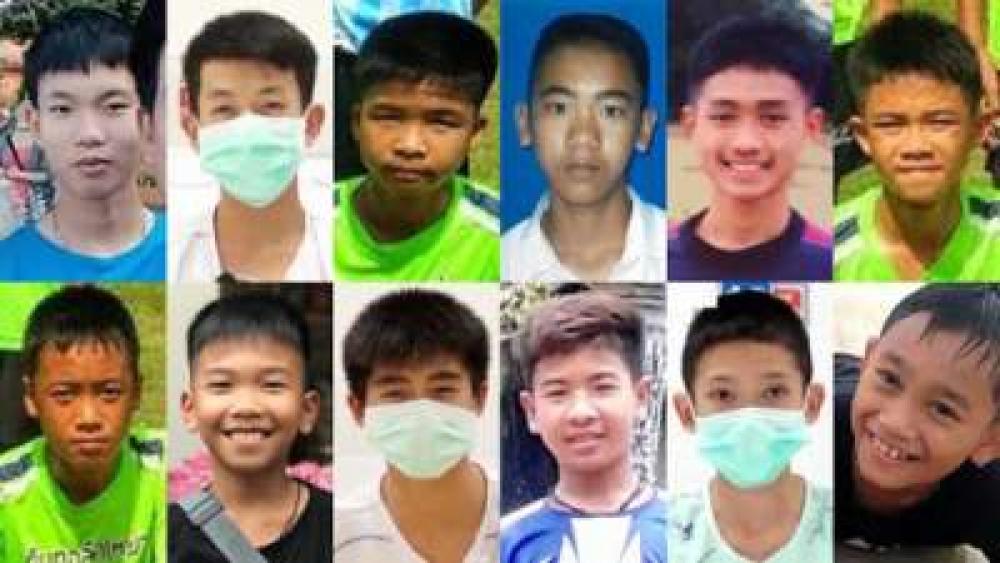 Within the World Cup period in Russia 2018 came out the story of Wild Boar football team that got trapped in a cave with their coach. That story brought out something special in the human race – love and kindness as a universal truth.

The world stood still as experts in cave diving, navy seals and medical practitioners from across the globe brought out the best to save the team- an assemblage of young boys- and their coach cut off by floods. The effect of such dramatic and miraculous activities of the world to save the boys shows the state of preparedness of the Thai government and the world to address challenges that might occur in a country.

The event has repositioned Thailand in the mind of the public as a result of its response to the issue of the football team in the cave such that aside from the members of the team enjoying the media stage, the country is enjoying positive narratives.

Positive narratives sit atop the yearnings of Africans today. The feeling that our narratives are left in the hands of foreigners is a function of our inability to address issues of concern with clear sense of purpose and direction.

As we journey towards 2019, the public cry is that we should pick up our permanent voter’s cards to be able to perform our civic duty during the election period. But what is the make of political gladiators in the country when the subject of pedigree should be a guide in the choice of leadership?

Pedigree at the smallest level should be a pointer to the character of the individuals against the background of the personalities. However, what we see in our political landscape are men with inconsistency in character or better seen as consistent inconsistency in the display of patterns of behaviour that leaves us with a sour taste.

While the politicians are seen at the local level to be displaying as well as acting for the good of the society, what is seen at the international stage is the state of lack of purpose and paucity of knowledge on the part of the leadership of a nation with about two hundred million people yet unable to address basics of human existence especially when we look at the mundane things such as light, food, shelter according to Abraham Maslow’s hierarchy of needs.

The political class is one of our platforms of conversation with the world and what we have consistently done is to send out wrong narratives about the country with our acts. How do we explain issues of forgery amongst people in power without quick solutions?

Our dear nation is on a journey but that journey seems to be known to the leaders in power. How do we interpret the announcement of a national carrier without local office and local representatives in a foreign land by the same government that is advocating for locally made goods yet commissioned a foreign agency to develop the identity of the carrier?

Our narrative as a nation is a contradiction of actions and the biggest single enabler of brands and branding is connections.

There is a mistake in the marketplace with all the naked men dancing and that mistake is that we are celebrating the wrong values with our show of disrespect to law and order, our show of disregard to morals, and our show of complete dishonesty as individuals. We are selling this nation to an audience with a mindset that they should not trust in dignity of labour, they should be happy to make money without work.

We are selling wrong values to the world. Our biggest salesman’s interest is far from the need of the generation with the highest percentage of our population. This same people constituting the mass of the nation’s workforce, have been described as lazy, yet they are the most productive section of the society today.

What the average Nigerian finds difficult to achieve here seems achievable as soon as he leaves our shores. He becomes a superstar in the process which says a lot about us as a nation. It says a lot about our narrative; that we are not lovers of ourselves hence we are unable to protect each other against attacks our president says are from outside.

Outsiders will be glad to see or read our narratives, but the first place to ensure that the narrative is right, is right here in the country. The internal publics of the country are in a state of confusion. The message is not clear to the people. The people are not sure of whom to trust, the institutions are more on the side of the elites and examples abound to show that the activities of the institutions favour and protect the elites more than addressing issues of concern to the populace.

Within the context of the existence of brand Nigeria are political and business brands. These brands ideally should enable the projection of the country as a great entity. The body language of our political class says otherwise. They are doing a great job of selling the nation to the outside world using the wrong contents. Ghana, our next door neighbour, is at the completion stage of an airport that will allow about 50 airlines to operate while we are forever renovating our airports which are yet below par.

The narrative from Nigeria should change especially when we look at what we are doing in technology. The space for positive conversation is better here in view of the fact that great works of the people speak and open global doors but we should not allow the political colouration of the conversation of those in politics affect the good messages coming from that side of the sector of our nation.

This nation deserves a policy formulation on communication, conversation and engagement of citizen to the extent that we can push for bills on citizens’ conversation.